Julia Rupkalvis-Dye, Ph.D.
818 259 3496
Dear Sir or Madam:
I was pleased to serve as Zuzi Fort’s director for Terminator 2-3D at Universal Studios Japan. It was no surprise to me that she was successful there and continues to succeed since leaving Japan, as she consistently met and often exceeded all show requirements.

Zuzi is an enthusiastic, dedicated performer with reliable work habits. She is consistently successful in improving her skills and she works hard to do so. Her physical skills are impressive and she conquered the challenges of portraying the role of Sarah Connor without breaking a sweat.

Zuzi is always willing to pitch in to help the team. She has the rare combination of being a quality team player while demonstrating consistent and impressive leadership skills.

You’d be hard to find a performer more than Zuzi, and I recommend her as a rock-solid addition to any production. If you like more information please call the number above and ask for me by name.
Julia Rupkalvis-Dye

“I have no hesitation in recommending Zuzi for any role in the film or TV performance area.”
Daniel Tribe, Director Brilliant Digital Entertainment, 02 8338 0241

Warriors, Inc.
dkaydye@aol.com
(818) 349 6640
To Whom It May Concern:
It has been my distinct pleasure to train Zuzi Fort for the Terminator 2:3D attraction at Universal Studios Japan. She’s a team player with an admirable level of self-motivation and initiative. She readily accepts and implements instruction and can be relied on to inspire others.

Zuzi maintains an admirable level of physical and mental fitness. She exhibits a calm demeanour and a refreshing sense of humour that I found to be extreme valuable in the high-tempo periods of training.

I firmly believe this is a quality individual and steady performer who would be an asset to any endeavour. For further information or discussion, please feel free to call on me at the numbers or addresses listed
Dale Dye
Captain USMC (Ret)

Ann-Marie Elia
janeofall@hotmail.com
“I would like to recommend Zuzi Fort for her abilities as a stunt performer and worker. Zuzi worked under my leadership as stunt captain at Universal Studios Japan. Zuzi’s professionalism always made my job so much easier and her discipline was apparent both inside and outside of work.”

John Branch
1-818-481-9357
Ms. Fort was a consummate team player and all in all she was a professional.  One of the things I enjoyed working with her the most was her acting ability. Always finding and discovering things in the show (even though the show was sometimes done 10 a day!) I wholeheartedly recommend her for any performing job, be it as an actor or their double.
John Branch
Show Captain Terminator 2 – 3D

Dr B Jarosova-Stejskal
02 4773 9198
(Zuzi Fort’s) book gave me a deeper perspective regarding this illness (Anorexia Nervosa) in spite of working in a medical field for decades and treating patients with similar problems. I was touched by this book and feel it should be read by patients, also their family members, friends, teachers and students, especially in our society where physical image seems to play a big role for many.

"Dear Zuzi
Our hearty congratulations on the event yesterday.  You are stupendous and we, GladesHill Drama Group, cannot thank you sufficiently for the work you did for and the interest you took in our playlet.  We all agreed that, suddenly, being on the stage and hearing the words "But how did it all begin?” and we held the clue, the inner man came to the fore and we just held forth.  It was the most wonderful feeling ... and the audience seemed to enjoy it.

Each item was special in itself, no matter the content, and such diverse groups.  No doubt there are many more groups in the Ryde community, and there may be need for 2 concerts per year!

Again, Zuzi, grateful thanks, and very best wishes to you with your varied word(load).

1st May, 2010
To Whom It May Concern
I have recently had the pleasure of having Zuzana Fort work with my drama students at Lurnea Intensive English Centre as a drama teacher/ performance facilitator and director.

The students were aged between 12 and 22 years of age, from many different backgrounds, including Vietnamese, Chinese, Congolese, Spanish and Iraqi.

Zuzana created a great rapport with all of the students and they have expressed to me how much they enjoyed working with her and that they would welcome any opportunity to work with her again.

Over an 8 week period, Zuzana taught them many drama skills, as well as inspiring and encouraging them to devise their own stories into a theatrical performance. She was particularly astute in finding a theatrical medium and form that created a shape for the piece, which became called “Boxed In”. She also created an excellent final script for the piece, and managed the very busy dress-rehearsal and performance day with great equilibrium, decisiveness and charm.

Zuzana also collaborated extremely well with the producer of the project and myself as classroom teacher. I would highly recommend her for community and performing arts projects.

Please feel free to contact me for any further information.
Yours truly,
Kate Clarkson
Mobile:  0425287340

Review of WICKED - Welcome to my private Little hell

The gist of the story is relatively simple and nothing out of the ordinary. A teenaged girl decides her body requires improvement. She decides to start losing weight. Sounds familiar, does it not? Little does she know that she’s just hopped on an ice patch that leads to hell a.k.a. anorexia nervosa.

The girl’s mother tries to warn her child, except: which teenaged kid (boy or girl, that’s quite irrelevant) thinks her or his parents are founts of wisdom? There you have it.

Meaning: seeing no other way out, the family eventually manages to defect, thus committing a criminal act known as “abandoning the republic without permission issued by the authorities.” Jail time would be the punishment meted out regularly, plus automatic confiscation of all worldly possessions the defectors had left behind. In fact, court sentences would cynically state that confiscations were, in fact, the real punishment. It would not be expected of those criminals to come back and serve their sentences.

The family spent some time in Austria, while the Australian authorities probed and investigated them to see whether the continent Down Under would be better off with them than without them. All’s well that ends well: the family has moved to Australia.

Alas, what moved with them was the anorexia nervosa.

It is a very serious complaint that sufferers can’t overcome all by themselves. They need help. Highly specialized help, to boot. But they also have to be willing to accept it. And that, specialists agree, happens to be the toughest part.

Zuzana Fort has gone through all these steps and, it seems, the worst and toughest chapters are behind her. She has found herself, and she is embracing life more lustily than most of us these days: she was on the other side, and she knows how it feels being there.

And this is what this book is all about. Written in diary form, it must have been a frightful experience, what with going through all these memories again, trying to recall them as precisely as humanely possible, and recording them. Specialists might tell you that writing this book must have been of therapeutic value for Zuzana Fort.

Going beyond specialists’ words: this book is and should be of enormous value to those young people who, as they are beginning to realize their own personalities, try to figure out who they are, why they are where they are, asking all kinds of questions. These are questions that only sound awkward to those who had forgotten that they had gone through similar issues and were scared beyond belief of the answers.

Not only that. Zuzana Fort writes simple, straightforward prose that does not pretend anything. This is prose that ought to interest not only all the teenagers, but their parents, and their educators, too.

Zuzana Fort’s Wicked: Welcome To My Private Hell is a book that all high schools should have in their libraries.

Here’s hoping it will find its publisher who would help Zuzana Fort spread the word: don’t be afraid of the world around you, and be aware of its beauty.Zuzana Fort did manage to find her beauty. So should her readers. As many of them as possible.

Maeve has really enjoyed speech and drama, I mean really.  It has opened up new teaching tools and ways of learning for her and she felt as though she was contributing to all aspects of the program

It brings me much joy to see my daughter blossom with your influence truly. I've seen such a massive difference in her and such confidence. She loved every lesson with you, thank you!

Thanks so much for the past couple of terms. I agree the girls definitely have flourished and it's great to see my daughter not as shy and reserved in front of people.  Zuzi, Thank you for teaching them, as I know they thoroughly enjoy and look forward to your speech and drama lessons.

I  wanted to thank you for teaching Keira. As you know she started Pre-K a very shy girl. During your lessons, she was reserved and quietly spoken (if at all). However, with lessons over the years (Pre-K to Y4) she has made slow and steady improvements. This year Keira was awarded a HD in her ASCA Exam! She and I are so very proud of her achievement. We cannot believe that a girl who would not speak a single word when she started to now achieving the highest grade. That is a huge improvement! Astounding! It did not happen overnight. It was steady improvements over the years through Keira's persistence and hard work; and definitely from your dedications and expertise. The result is Keira has developed self confidence, raised self esteem, and believing in herself.

Sarah is lucky to have such a caring and dedicated teacher!  She was very happy, feels she has developed further and learning new skills.  She knows she has a great teacher to thank for and looking forward to another great year ahead. 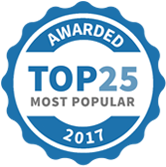