​​​​​​​​​​Acting has always been and always will be my passion. The chance to become some one other – to put myself into the shoes of fellow human beings, to tell their stories and perhaps bring about a better understanding of who we are, where we’ve come from and where we are going. Mostly though I am a storyteller who loves to share her tales. I love creating characters that are colorful and vibrant and alive.

I believe my life experience has given me the edge on creating believable even if slightly crooked characters. I have been able to observe closely people in extreme situation and have met people from all walks of life – big international stars at the height of their power, refugees running from persecution and literally dodging bullets to survive, men and women desperate enough to attack, I have witnessed addictions, mental illness, the pain of terminal illness and death. Their stories touched my life, changed me and hopefully made me into a better human being and a better artist.

I persued formal traning and was privileged to be taught by truly amazing and generous professionals such as John Orscik, Peter Sumner and Paula Duncan at The Australia Performing Arts School (TAPS), as well as Dasha Blaha and Bogdan Kocca at the University of Western Sydney, Noella Janacewska and P.P Cranney at the University of Technology. Later I trained in voice with John Noble, dramatic writing with Paul McGillick, Shakespeare with Glanda Linscot and many other fantastic professionals.

I was then able to use what I learned in the many productions I have done and hope yet to do.

​I have been blessed with opportunities to portray so many amazing personalities on stage; characters such as Estelle - a dead socialite in hell from IN CAMERA by Jean Paul Sartre,

A PLACE WITH THE PIGS by Fugard.

I had fun portraying an Indian princess Tiger Lilly

fighting the pirates on the stage of the Capitol Theatre

Miky, a drug addict, in TINSEL AND ASHES by Anna Maria Dell'Oso alongside Gosia Dobrowolska and Eva Sitta. Maya, a servant girl having an affair with the master's son in FEAST by Tobsha Leaner and acting opposite Gosia and Arky Michael. ​100 hundred year old alien man in a children’s pantomime FLYING SORCERY, mentally ill girl Mary in DICTATOR IN MY HEAD, a Hungarian migrant in TALES FROM A CORNER SHOP at Belvoir Street Theatre. ​

I had some frolicking fun with Moliere

alongside Derren Nesbitt also at the Belvoir.

A lesbian beatnik poet in THE BRIDESMAID MUST DIE

at the Riverside Theatre

I was also lucky to get the opportunity to perform in my own plays directed by fabulous directors and one particularly schizophrenic experience of directing myself in my own one-woman show. 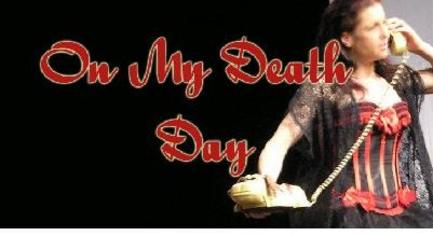 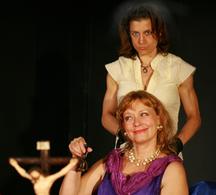 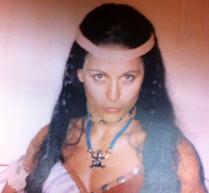 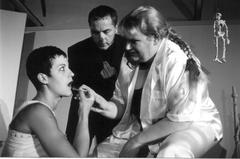 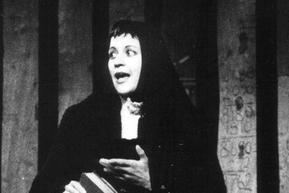 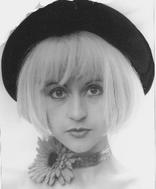 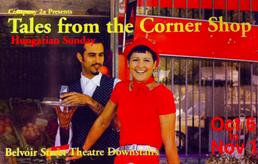